Dr.Web KATANA consists of a set of next-generation Dr.Web anti-virus technologies that is designed to provide advanced protection. It will shield your computer from threats your anti-virus may not yet be able to detect.

Requires no configuration and starts operating effectively as soon as it is installed.

A set of pre-installed protection scripts and a fine tuning option make it possible to fully control the protection process, while adapting it to the needs of the user.

Dr.Web KATANA offers system protection even if a PC is not connected to the Internet.

Every day the Doctor Web anti-virus laboratory receives several hundred thousand program samples. Every day tens of thousands of entries are added into the company’s virus databases. These are the threats with which our virus analysts are already familiar and for which neutralisation routines have been designed. However, programs that have not yet been analysed by information security experts are the ones that most benefit cybercriminals.

Dr.Web KATANA offers protection against the latest malicious programs that have been designed to bypass detection by traditional signature-based scanning and heuristic mechanisms. These programs have not yet been analysed by the anti-virus laboratory and, therefore, are unknown to Dr.Web at the moment of intrusion. They include the latest encryption ransomware programs, Trojan injectors, and Trojan blockers, as well as threats that exploit zero-day vulnerabilities.

Dr.Web KATANA starts protecting a system during the boot-up phase, even before the traditional, signature-based anti-virus is loaded!

The functionality of anti-virus software must constantly be enhanced to keep pace with ever-evolving and ever-increasing numbers of malware programs. Such enhancements often decrease computer performance and irritate users to the point that they sometimes prefer to disable their anti-virus protection in order to allow their computers to work faster. Dr.Web KATANA’s developers have significantly enhanced computer security to create a new product that is practically invisible in terms of system load and system resource usage.

Dr.Web KATANA neutralises the actions of active malware programs without overloading the system.

Lightning-like — analyses the behaviour of each threat in real time and immediately neutralises harmful scripts and processes that your anti-virus didn’t manage to recognise.

Dr.Web KATANA’s protection is grounded in non-signature-based search methods, the neutralisation of malware, and cloud protection technologies. The product analyses and monitors all system processes and blocks those exhibiting malicious behaviour.

Traditional behavioural analysers are based on predefined rules describing the behaviour of legitimate programs. Such rules are well known to criminals. Dr.Web KATANA acts differently. This product analyses the behaviour of each running program in real time by comparing it with the reputation information stored in the Dr.Web cloud, which is constantly being updated. Dr.Web subsequently uses that information to determine whether a program is dangerous and then takes whatever measures are necessary to neutralise the threat. 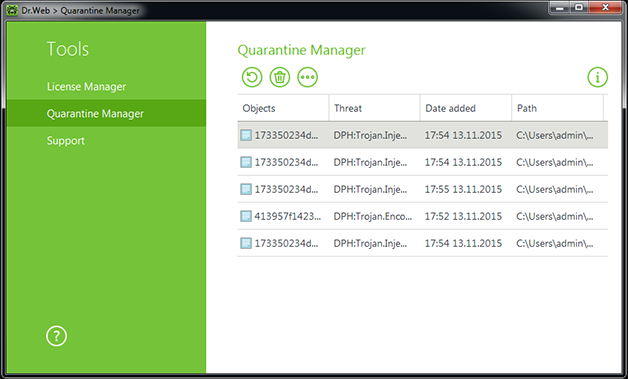 Installed by default. This mode provides protection for only those registry branches that are used by malicious software and can be blocked (modification can be prohibited) — without a significant load on system resources.

If the threat of infection increases, the protection level can be raised to Medium.

For full control over critical Windows areas, the protection level can be increased to Paranoid. Increasing the protection level provides the system with additional security in the event malware that has not yet been added to the Dr.Web virus database is active. But, at the same time, the risk increases for conflicts to arise between the prohibitions that have been placed on the system by the preventive protection and the requirements of the running applications.

Unlike a traditional anti-virus, Dr.Web KATANA does not contain an anti-virus signature database, a component that requires updating. 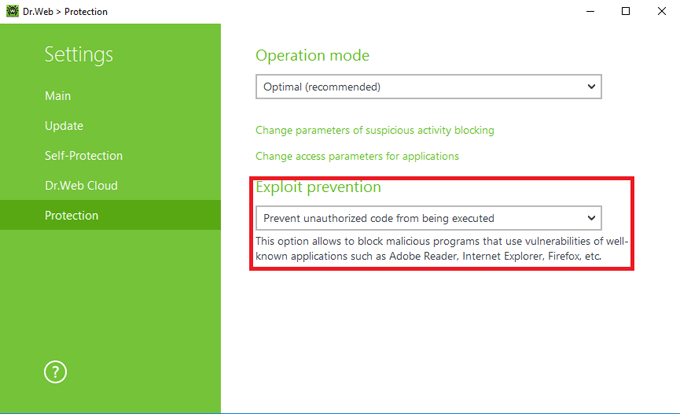 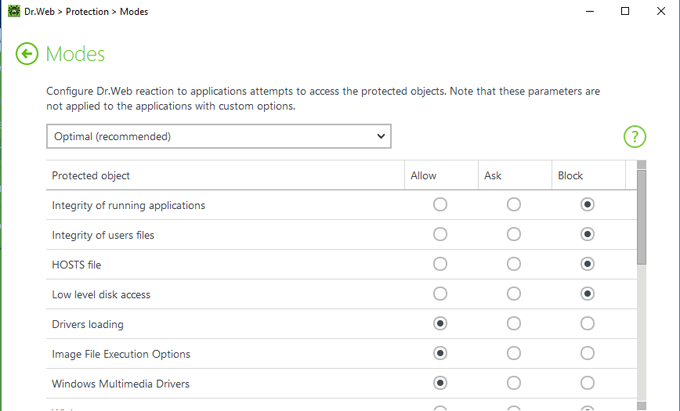 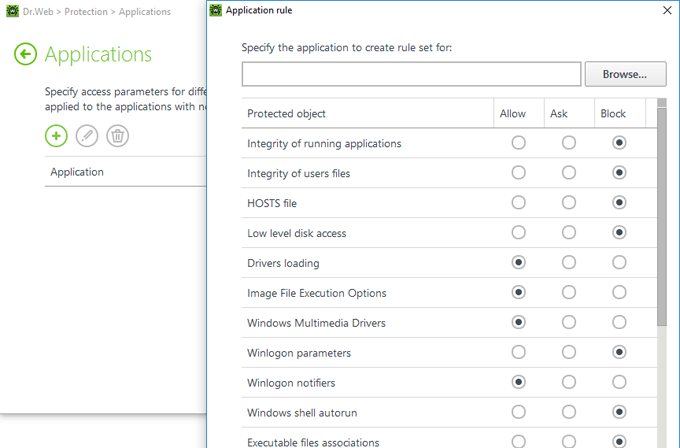 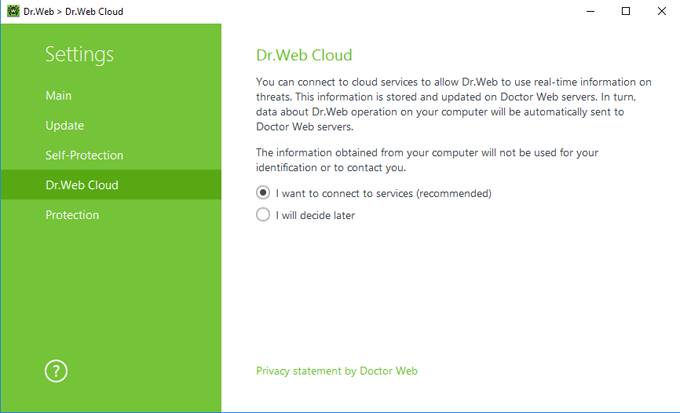 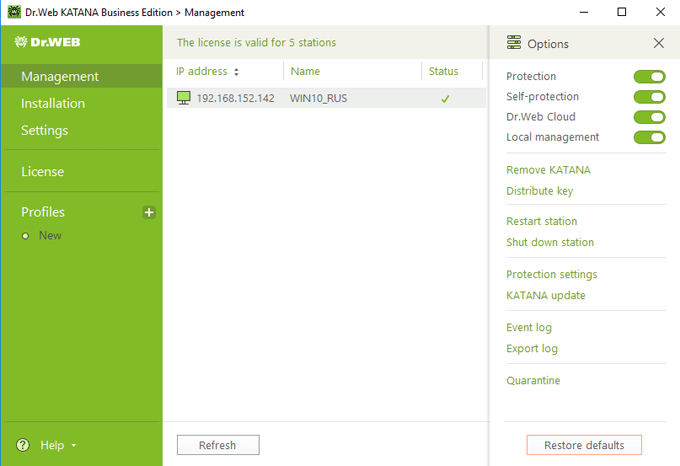 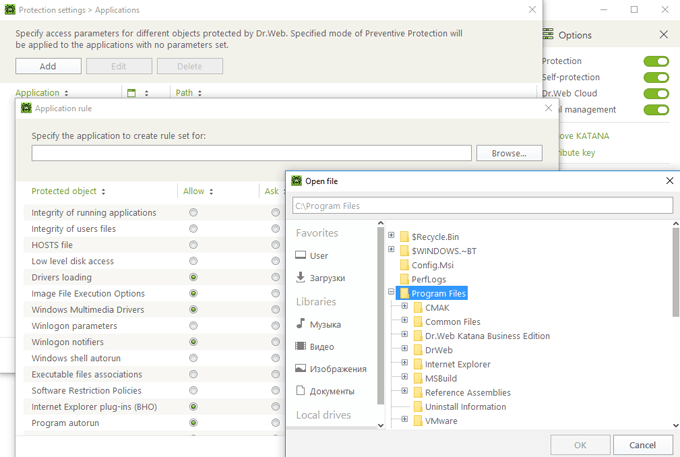